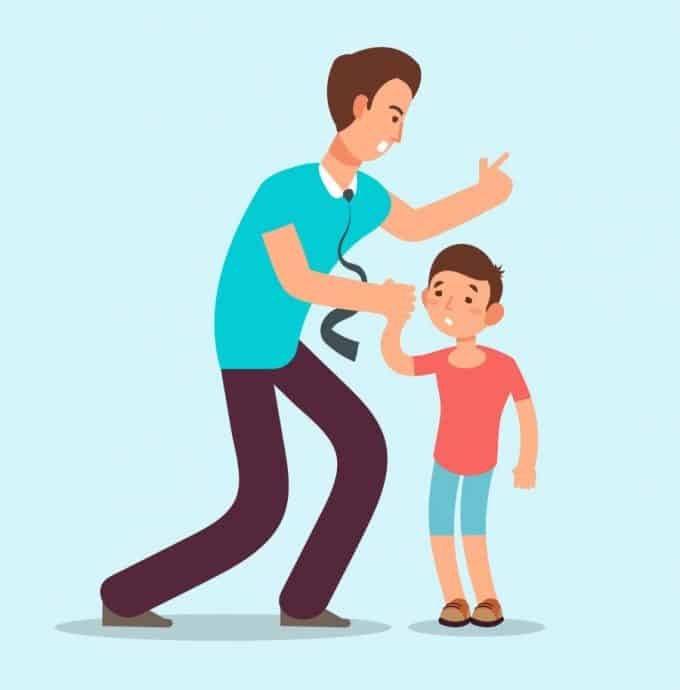 Parental alienation and child abuse are two of the toughest issues faced by courts in resolving custody disputes. Here’s what I found while surveying parents’ opinions and stories on Twitter, news sites and custody threads:

There is a large body of parents who view the court process for resolving custody issues as a sham. Most are mothers whose custody of their children has been taken away in court. Often their ex-husbands have returned after a period of absence from their child’s lives and succeeded in reversing custody. Many are survivors of domestic violence or have witnessed the abuse of their children. They have seen their children’s fathers claim parental alienation and get partial or full custody of children who may not want to live with them.

There is another group of parents who denounce family courts across the country. Some lost primary physical custody of their children because they moved out of the house when their marriage ended. Courts overwhelmingly maintain the “status quo,” meaning the way things are, when custody cases get before a judge.  So if the children are living with the mother at the time, they stay there and the father or other parent gets visitation. These fathers feel that courts are biased in favor of mothers, giving mothers physical custody unless there is a compelling reason not to. Fathers may get the traditional Wednesday nights and every other weekend—far less than an equal 50 percent.

Some parents in this second group have gotten more visitation or primary custody of their children by claiming they are victims of parental alienation. Parental alienation happens when one parent turns a child against the other. A “Children’s Bill of Rights” is now included in most parenting agreements. It lists alienating behavior such as using a child as a pawn, telling a child the other parent doesn’t love him or her, badmouthing the other parent, sharing unnecessary details about the divorce with a child, and asking a child to choose between his or her parents. The parent with primary physical custody is more likely to be charged with parental alienation. This is especially true if he or she refuses to allow the other parent visitation or tells the court that the child does not want to be with the noncustodial parent.

Is there a good reason the parent and child are estranged?

We have seen cases where one parent is estranged from the children for seemingly no good reason. In other cases, our clients have engaged in alienating behavior. Sometimes it is extremely difficult to tell if a parent has been alienated from a child or just absent from the child’s life. For example, children may not want to spend time with a parent who has been neglectful, erratic, overly punishing or behaving strangely due to mental illness. In a particularly hostile divorce or when there are children from a new marriage, it could take time, effort and maybe therapy to re-establish a child’s relationship with a parent. In the worst cases, children report or witness physical or sexual abuse. Are these examples of parental alienation? Can a parent be a victim of parental alienation and a perpetrator of child abuse or domestic violence?

The theory of parental alienation was first proposed by Richard Gardner, M.D. in 1985. Though he called it “Parental Alienation Syndrome,” the American Psychiatric Association and the American Medical Association have not recognized it or included it in their diagnostic manuals. Recently, its biggest proponent has been psychologist Dr. Richard Warshak, who wrote the book Divorce Poison: How To Protect Your Family From Bad-Mouthing And Brainwashing in 2002. Warshak is a founder of the controversial reunification program Family Bridges, which requires that the favored parent relinquish custody to the alienated parent. Children are often taken to the program against their will. His materials are used there, although he says he is no longer affiliated with it.

A common sign of parental alienation, according to Gardner and Warshak, is the favored parent’s claim that the alienated parent has abused the child. They say it is usually mothers who, in order to get custody, claim that the fathers have physically or sexually abused the child (or children). Gardner and Warshak warn judges to look out for such false claims in custody cases.

But Gardner has made statements about pedophilia that cast doubt on his theory that mothers manipulate children into lying about sexual abuse. He wrote that “sex abuse is not necessarily traumatic” and “children are naturally sexual and may initiate sexual encounters by ‘seducing’ the adult.” He also believed that children suffer “because our society overreacts” to pedophilia, which “is a widespread and accepted practice among literally billions of people.”

A review of actual cases suggests that children make up sexual abuse between less than 1 percent and 10 percent of the time. Other studies have shown that only one third of children who have been sexually victimized reveal the abuse at all. Courts must rely on evidence of abuse, not unsubstantiated reports. Unfortunately, they have a poor record of determining whether physical or sexual abuse claims are true.

Abusive parents often get custody of their children

According to the Leadership Council on Child Abuse and Interpersonal Violence, every year courts order 58,000 children into the care of a parent who has sexually, physically or emotionally abused them. When abuse is reported during a custody battle, 60 to 75 percent of abusers gain custody of the child. Judges and forensic experts in custody cases tend not to believe accusations of abuse brought by a parent—or even a statement from the child. They dismiss or minimize the abuse so both parents can stay in the child’s life.

Child abusers who also hurt their spouses can be especially determined to fight custody battles. Getting custody of the child or children is a way for domestic abusers to stay in control after the victim has ended the relationship. In fact, the most dangerous time for a victim of domestic violence is right after she (usually a woman) leaves her abuser. The children are also at risk after the relationship ends. The Center for Judicial Excellence reports that at least 670 children have been killed since 2008 by a parent going through divorce, separation, or disputes over custody and visitation or child support. Courts have begun to weigh domestic violence against a parent as a serious factor in custody disputes, but in many cases, the abused spouse told the court that the children were in danger and was ignored.

A disturbing case in Maryland

With these shortcomings, there may be tragic outcomes. In August 2018, an Air Force colonel in Maryland won full custody of his 6-year-old twin boys, despite evidence that he had physically and sexually assaulted them. The father suffered a traumatic brain injury in Afghanistan that left him prone to extreme anger and unable to manage his impulses. The Air Force shut down an investigation into the abuse of his sons. Then the Air Force General who closed the abuse investigation sent an email to the Family Court judge that the judge refused to share with the mother’s lawyer. A neighbor of the mother, who had sole custody of the boys for the previous five years, said she was afraid the father would “snap” and hurt them badly. The judge said she believed the mother had “manipulated the boys into making the abuse allegations,” engaging in parental alienation.

Courts could use more domestic violence experts to give context about custody cases involving abuse. Abusers behave differently in court or at work than they they do to their victims, so character witnesses for the abuser are irrelevant in domestic violence cases. Even so, family courts often allow them. Judges may penalize domestic violence victims for not leaving their abusers sooner, or for being too angry and determined to protect their children. If judges had better training and domestic violence experts were on hand, they would know that both are normal reactions to being abused. The Columbia Law Review warns that “the facts of a case have less influence on the final custody and visitation arrangements than the custody evaluator’s understanding of domestic violence.”

Most states have laws that say judges should consider a child’s safety before anything else when awarding custody. Still, courts minimizing child abuse or domestic violence have put too many children in harm’s way. Courts have a difficult job identifying when a particular family is suffering from parental alienation, but it is important that they pay more attention when a parent or child says the other parent is an abuser. False claims of abuse happen, but they are rare. Extensive domestic violence training and domestic violence experts would help judges identify volatile parents.

Parental alienation is the rejection of a parent for no good reason. It should not be used to give child or domestic abusers custody of their children.