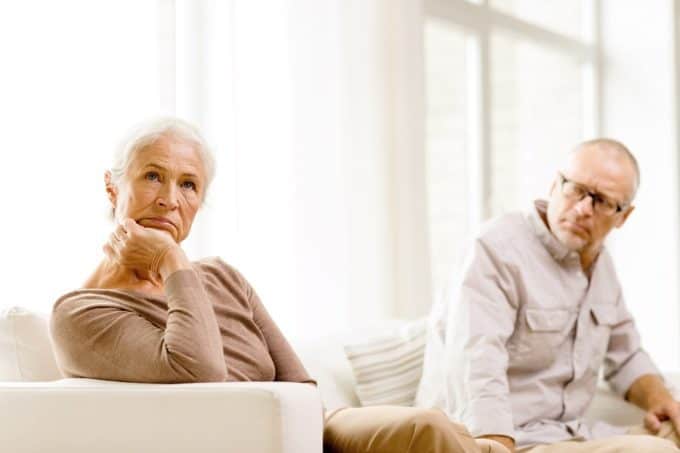 Clients often ask me if they can be awarded more money when the divorce is their spouse’s fault. When one spouse has been betrayed, lied to, or does not want the marriage to end, he or she may feel entitled to more support (a.k.a maintenance or alimony) or a greater share of the marital property. The answer is: whose fault the divorce is may affect the division of assets, but the courts have permitted it only in very narrow circumstances.

Under New York law, a divorcing couple’s assets must be divided “equitably”—meaning “fairly”—depending on factors such as length of the marriage, age and health of each spouse, and how much income each earned during the marriage. For a long marriage, equitable distribution usually means a 50/50 split.

Financial penalties for the spouse at fault are rare, but possible

The courts generally favor separating “finances” and “fault” in divorce cases. In 2010, New York passed a “no-fault divorce” law, allowing divorce based upon the irretrievable breakdown of the marriage for a period of six months prior to filing for divorce. All the court needs is a sworn affidavit from one spouse stating irretrievable breakdown as the basis for the divorce. The other spouse cannot prevent a divorce, even if he or she objects. Before 2010, in order to get a divorce, one spouse had to prove there were “grounds” for divorce, such as abandonment, cruelty or adultery.

Even when parties had to establish grounds, “fault” and “finances” were supposed to be kept separate.  But there are exceptions.

In a 2016 recorded case, the appellate court (First Department) stated that marital fault is only considered in equitable distribution “where such conduct is so egregious or uncivilized as to bespeak of blatant disregard of marital relationship.” Such conduct must “shock the conscience of the Court or callously imperil the value society places on human life and the integrity of the human body.” In this case, the husband stabbed his wife twice with a steak knife, slammed her head against the toilet, caused her to go into a coma, requiring five surgeries and months of hospitalization, rendering the wife disabled. The court awarded the wife 95% of the value of the marital home.

In another case of egregious conduct, the wife lost her equitable share of marital property after she hired a hit man and put out a contract to kill her husband.

In other words, the bar is high for the court to consider fault even if a spouse inflicts harm on the other. However, the court may consider whose fault the divorce is when the fault is directly connected to financial consequences. According to the law, these factors may play a role in the division of property:

Wasting money or taking loans on assets just before the divorce

If a client can prove there was dissipation, the court may consider that when dividing assets. If your spouse had an affair during the marriage, can you get a greater property division because of his or her infidelity? No, not simply because of the affair, but you can seek some equitable payback for marital money that was spend on the lover during the affair. Income or assets spent on dates, dinners, hotel rooms, gifts, and secret vacations can all constitute dissipation of marital assets. You are justified in seeking a portion of that dissipated money to be returned to you.

Similarly, if your spouse empties accounts for his or her benefit, gives marital property or money to others, or unilaterally takes out a mortgage or home equity loan on the marital home (reducing its value), the court can require that those assets be accounted for in the division of property.

Other factors that could affect how the court divides your assets

The wild card factor could include fault, if the court decides it should. The court has taken fault into consideration when one spouse moves out and provides little or no financial support for the other spouse or the family for a long period of time.

Another wild card factor could be an addiction, such as gambling, alcohol, or other substance abuse. If an addiction eats up marital money, the non-addicted spouse may seek a division of assets that “compensates” for the loss of assets that was not his or her fault. Even obsessive, abusive shopping online has become an addictive behavior in some marriages; the court may award a greater share of the assets (not the online purchases) to the other spouse as compensation for the money spent.

In any case, the spouse asking for a greater share in the equitable distribution of marital property has to show that he or she has been harmed in some way by the spouse for the court to consider the request. For property division that takes into account whose fault the divorce was, It may be easier to negotiate an agreement between the two sides outside of court.