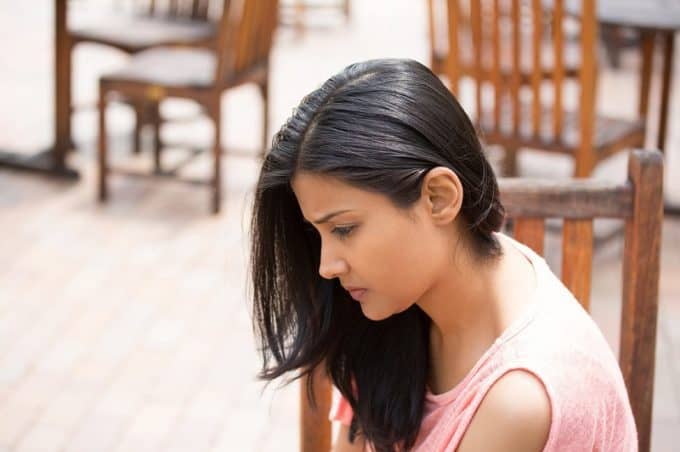 Millions of Americans suffer from some kind of mental illness. And a significant number of them are involved in troubled marriages that result in divorce. We have represented many clients who either had mental illness or had spouses with mental illness, and it can make the divorce process lengthy and more unpredictable than otherwise. Divorce can also exacerbate mental illness, especially if one spouse is leaving the other, rather than amicably separating. While mental illness likely contributed to the breakdown of the marriage, during a divorce it can blow up into intense anger, conflict and destructive behavior. Often, but not always, the mental illness is untreated. In some instances, addictions to drugs, alcohol, or gambling accompany the illness.

People with mental illness sometimes struggle with the notion of responsibility for their conduct during the marriage, denying or minimizing their illness and actions. In two cases in which we represented the wives, the husbands both suffered from bipolar disorder and lost or gambled away almost all of the marital assets. One lost money in a series of entrepreneurial attempts, then used prostitutes and gambled until the family was on the brink of bankruptcy. The other invested his in-laws’ and other family members’ money in a business venture, then lost it all in an illegal betting scheme. Years later, both wives have received little to no child support and continue to struggle financially. Might the wives have stayed in the marriages if their husbands were able to acknowledge their poor conduct and try to repair its consequences?

If the couple has a history of marital or individual therapy, a mental health professional who has been working with them can be an invaluable aid during a divorce. In cases of such high conflict, communication can be impossible except through their attorneys or in a familiar therapy setting. Especially if they have separated or are considering it, they need to work out issues like finances, custody if there are children, and where they each will live. Therapy—while not aimed then at saving the marriage—can provide an appropriate, protected setting for discussion about separation and divorce.

Finances when a spouse has mental illness

When one or both spouses has mental illness, finances can be a source of high conflict during the marriage, especially if the couple disagrees about traditional goals like saving, investing and buying a home. Their finances may also be unstable if the mentally ill spouse has a history of reckless or secretive overspending or has had several periods of unemployment. If this is your situation, take charge of your family’s finances as much as you can. Even if your spouse is the primary breadwinner, become thoroughly informed about assets such as retirement accounts, life insurance policies, credit cards, and brokerage accounts. Find out the balance of each account and if there are any outstanding loans. Put any money or assets that you control into accounts in your name. Marital conflict about finances can turn into unnecessary, costly battles during the divorce process. You are better off if you know about and/or have some control of the assets you and your spouse own.

Mentally ill spouses sometimes have distorted notions about support obligations and equitable distribution of marital assets. They may also be unwilling to observe the court’s standard of full disclosure of all of their finances. We have had clients who, when we tell them the law about support and distribution, believe it simply does not apply to them. One client liquidated a hundred thousand dollars of retirement savings and vowed to spend it all so his wife would get nothing. If your savings are meager and your spouse is the primary breadwinner, you may receive only sporadic spousal support and child support.

Finally, when there are children in a divorce with a mentally ill spouse, the children are usually aware of the mental illness because it has already played a significant role in the family dynamics. But when conflict and bad behavior explode during a divorce, a parent’s mental illness can put the children at greater risk for psychological damage. One client, who suffered from paranoia, told the court that her husband had contacted the FBI and they were following her everywhere, and that his powerful political friends were conspiring against her. Unfortunately, her allegations (and her husband’s testimony) led the court to order supervised visitation for her until it could determine that the children were safe with her. She repeated that the FBI was following her to the forensic evaluator, whose report and testimony convinced the Court that supervised visitation needed be long-term. She was devastated, and while the children had witnessed their mother’s behavior and understood that she was ill, it was still a painful conclusion. In other situations with a mentally ill parent, children may misbehave, align with one parent and alienate from the other, and suffer from depression, rage and hostility.

Untreated mental illness in the U.S.

One in five adults in the United States experiences mental illness in a given year, and there are many different forms. Anxiety disorders, major depression and bipolar disorder are the most common. Some experts estimate that 50 percent of people with bipolar disorder and schizophrenia go untreated, and every year people with mental illness who have not taken their medication are involved in dozens of violent, often fatal, incidents. Mental illness can add significant stress to married couples, especially when untreated or when a patient stops treatment, including medication. Some states have outpatient commitment and guardianship laws that allow a spouse to become guardian of someone with severe mental illness and even admit him or her for treatment involuntarily. In a case in Virginia, both husband and wife credit these laws with preserving their marriage after the husband had several psychotic episodes and arrests. Many times, however, such troubled marriages lead to divorce, and with a mentally ill spouse, the divorce process itself can be extremely difficult to navigate.

Click here for tips on how to cope with a mentally ill spouse during divorce.