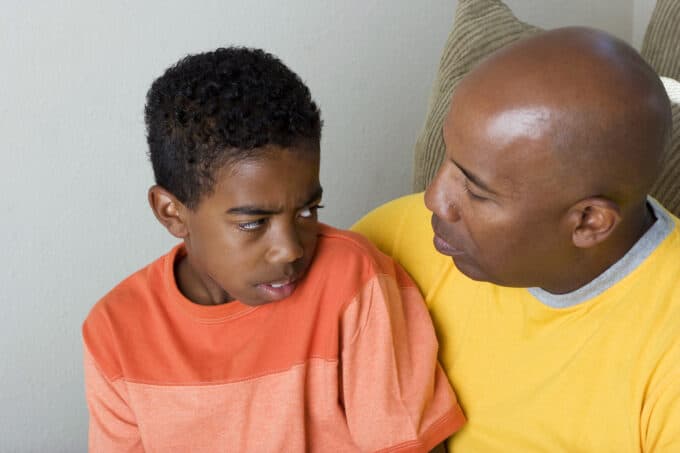 Unfortunately, one parent and a child or children become estranged during a lot of divorces. An estranged child is hostile to or continuously angry with one of his or her parents. The child often refuses to have visitation or custodial access time with that parent. One way to look at estrangement is the controversial theory of parental alienation.* I believe it’s more helpful to consider all the reasons for estrangement instead of blaming one parent for alienating the child.

Whose fault is the estrangement?

In a case like this, when the parents cannot agree on custody or visitation, the court will appoint an attorney for the child so the child’s beliefs and opinions are considered. In addition to an attorney representing the child, family therapy is essential to healing the estrangement. Both parents and the child must be involved in the therapy. Without therapy, the attorneys’ efforts at resolving the dispute will only disintegrate into cycles of blame.

The child’s age and temperament or personality may affect how long the estrangement lasts. Family therapy and both parties changing their behavior may help a five-year-old significantly. On the other hand, a nineteen-year-old away at college may refuse to participate in therapy or refuse to see one parent at all. Whatever led to his or her estrangement may have taken place over years and be hard to reverse.

When there’s a new partner in the mix

If the non-favored parent has a new partner–girlfriend, boyfriend, or spouse–it may be one of the reasons the child is estranged. Children often blame the divorce on a parent who leaves the marriage for someone else. Even if the divorce isn’t recent, a new partner can cause children to feel hurt, abandoned or replaced. The non-favored parent often believes that the other parent has caused the estrangement by disparaged his or her new partner. In any case, the circumstances are complex. Everyone may need to participate in therapy to end the conflict and forge a path for the child to live peaceably with all three of the adults.

Some parents balk at paying for therapy because it’s expensive. “I didn’t cause the problem— why should I pay for therapy?” But the focus should be repairing the relationship for the child’s sake. Experience shows that without therapeutic intervention, the estrangement will probably continue.

Besides therapy, here are other steps can a rejected parent take to lessen the estrangement and establish a positive relationship with the child:

Above all, don’t give up. Estrangement doesn’t have to be lifelong or permanent. Sometimes estranged children need time to test you (“do you really love me?”) or to process what is happening when parents get separated or divorced.

*The alienation syndrome is a separate legal theory in child custody matters. I do not address it in this article.